Many thanks to Will Howells for fixing the ldpagehierarchy.php widget.

The updated version is now listed on the WordPress website.

END_OF_DOCUMENT_TOKEN_TO_BE_REPLACED

For some reason I didn’t post this when I originally wrote it. However it still seems to make sense, so I might as well post it now

I’m reminded by Stephen Tall’s review of Bob Woodward’s, Plan of Attack, that I’d intended to post a few words about Fiasco, The American Military Adventure in Iraq by Thomas Ricks.

An astonishing and thorough account of the administration’s shocking incompetence and dismal political leadership in Iraq.

Before reading it, I hadn’t fully comprehended how badly things had been handled, and, in particular, the degree to which the success of the counter-insurgency was fueled by failures by the Americans on the ground in Iraq following their invasion. More importantly, I hadn’t realised the degree to which their problems there were not wholly inevitable, but were a consequence of administration incompetence.

I’ve always opposed the war, indeed, recently found the following, rather (although not wholly) prescient, note which I wrote to colleagues on the Federal Executive five days after US and UK troops invaded back in March 2003 – well before they had conquered Baghdad:

The possible problem (too soon to say that it is an emerging problem) is that the UK Government have misread the mood of the Iraqi people and we’re about to have a Germans vs. the Yugoslavs / Russia vs. the Afghans type situation. Quick decapitation of the government (which was always inevitable – although it may take longer than expected) followed by long resistance campaign – possibly with several competing resistance groups – but an ongoing flow of soldiers coming home in body bags – and where credibility in Iraqi politics is measured by the number of US and British soldiers your resistance group has killed.

What Ricks’s book makes clear, it is that it genuinely didn’t need to be so bad. Even if you don’t accept that it was right to invade, it is still possible to want the insurgency to have been fought using a few of the ABCs of Counter-Insurgency, such as those laid out in Learning to Eat Soup with a Knife: Counterinsurgency Lessons from Malaya and Vietnam by John A. Nagl, not least because it would likely have meant fewer civilian, US and UK casualities. In essence, if Mao’s description of an insurgent army relying on the people for support “like fish swimming in the water of the population”, a primary role for the counter-insurgency is to separate the fish from the water.

To give an idea of the scale of failure displayed by the Bush administration in Iraq, the closest example I can see is New Orleans. Rather than being a one off, this can now be seen as a vivid example on American home soil of the incompetent quality of leadership that W. et al have been providing overseas.

Liverpool vs Arsenal – and it appears Arsenal won 1-0.

Given that I was born in Liverpool Maternity Hospital, it was probably just as well that I had arrived before they knew the result.

I’m pleased to discover that I’m not the only person using SlideShowPro for political websites.

I used SlideShowPro for the header at my selection website and also on TakingPower.

However, according to SlideShowPro’s creator, it’s also being used by a couple of rather higher profile politicians on their websites: Barack Obama and Hilary Clinton!

To keep up to date with the policy discussions at http://consult.libdems.org.uk, there’s now an RSS feed for the comments being made on the site to make it easier to see and respond to other people’s comments.

Interesting to read about Hazel Blears meeting Howard Dean to discuss use of the internet.

When we met him back in May, he made it clear that he didn’t have much time for Labour due to their slavish support for George Bush and the war in Iraq.

I wonder if he told them as much as he told us? 🙂 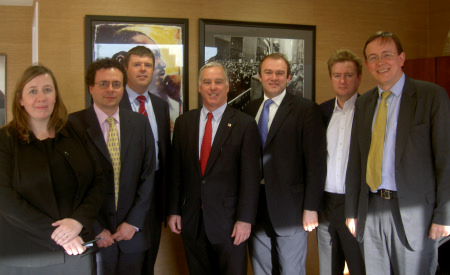 Our next Men's Health Champions training is on the 5th and 7th of July. Book your place and boost your health and that of the men in your group or workplace. shop.menshealthforum.org.uk/c… pic.twitter.com/VqXDENGfrq

how was your #MensHealthWeek ? It's not to late to get your Man MOT or sign our petition for a men's health strategy menshealthforum.org.uk/mhw pic.twitter.com/vuXjXej4QV

Thank you so much for your support. twitter.com/Core_London/st…

#menshealthweek time for your MOT. Try our DIY Man MOT - 7 tests for the 7 days of the week. Test five: Check the water. menshealthforum.org.uk/diy-ma… pic.twitter.com/2Ibw8aelfP

Friday of #MensHealthWeek - time for your MOT. Download the resource pack, free manual and find full details of the week at: menshealthforum.org.uk/mhw pic.twitter.com/gujujlf3lJ